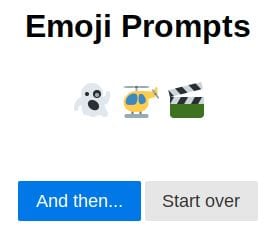 In this world, there is a difference between dreaming and dreams coming true. This is Sarah speaking on pilot 101, I am coming in for landing.  This is where my story begins.  I am 23 years old and my dream has always been to be a pilot.  I am finally living my dream. I have 2 bothers Mason and Jake. They are always trying to get in my business.  Mason is 18 and Jake is 16.  I fly a plane with the number 101 on the side of it, everyone thinks it is haunted because a boy named Bryan that died on the plane in 1966 from a seizure.  I don’t believe it.  I’ve been flying this plane for almost 2 years now.  One day I woke up to a phone call from a movie director. I got offered to fly my plane, plane 101 in a movie that is supposed to be one of the best movies of all time. I  said yes.

In the next month or so I was working on this movie that was gonna be amazing.  I was in the middle of doing the movie when my plane lights started flashing. I tried to stop but none of the buttons would  work. The plane crashed and I was in the hospital for 3 weeks getting treated.  My plane was fixed, I was terrified to get back on plane 101. I had to finish the movie though.  3 weeks after I got out of the hospital  I started the movie again.  The same thing happened again it was just different like I didn’t get hurt I didn’t crash the lights just flashed and the plane went everywhere.                        The movie director loved it, it made the movie look more realistic.  It happened everyday since then, after I finished the movie I flew the plane another 2 years and it happened once more I was put in the hospital every two years. After 6 years of being put in the hospital I finally called someone. I had these people that were ghost experts and the girl could see shadows without a shine of light. She saw many many shadows that day. Ever since that day plane 101 remained in a plane garage and it was never touched again. Everyday I walked past the plane to get on my new plane 205. One day I saw someone sitting in the pilot seat on plane 101. I hurried to the plane and got on to get them out before anything happened. The door slammed shut behind me. When I got to the front of the plane there was no one there. I tried to open the door but it was locked from the outside. I screamed for help, but it seemed no one heard me.  From that day on I learned to never ever get on plane 101 again. Life doesn’t stop until you do

This week we are working on commenting  for the blogging challenge. These are the blogs I commented on.

I commented on how they did very good on their posts. I mentioned my blog website so they could look at my blog.  They both did very good. 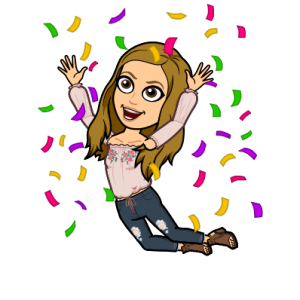 I made my avatar on https://www.bitmoji.com/account_v2/. I chose that bitmoji because it looks like me.  I made this because it has better quality. I also made some of my family members on a different website. 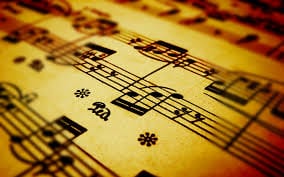 Listening to the melody

And the words of the beat

I feel music has strong

With words that give

I sit on my bed